Bronze Grand Champion Eriens, owned by the Brownings, Bred by the Avoglias

Avoglia's Kyna owned by the Gills

Carol and Wayne and Avoglia pups and Wins

Champion Avoglia's Mannanans Niamh of Browning as a young girl

Avoglia’s Finnegan and Molly owned by the Torres Family

The puppies and hounds one picture at each day at the Fort Myers show.

Quinn Jr. at the show getting points as Winners Dog, with Jim Mc Kelley at the Fort Myers show.

Avoglia’s King Richard the Lionheart, (Duffy) lovingly and with no stress handlingly by his owner Richard Andreasen

Clancy at obedience school, graduated getting his CGC

Sheila with Avoglia's Clancy Cu of Arwen at Brooksville

Sheila and Clancy in the Rain 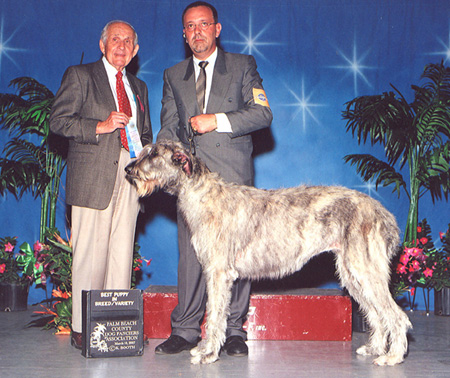 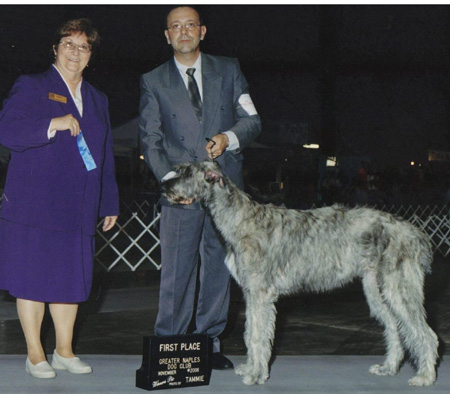